Wi-Fi Security: Guarding Against Man in the Middle Attacks

People discuss the security issues surrounding Wi-Fi a lot and it is one of the primary stumbling blocks to widespread adoption. Most people who look into the problem fixate on WEP as the primary problem. In fact for small businesses and SOHO, its not really a big concern: cracking a 128-bit key with the volume of traffic a small network generates is going to take too long to be worth it in most cases. Large businesses ought to be using VPNs anyway. The larger security problems, from my perspective, are more subtle, like the man-in-the-middle attack. This picture shows the set up: 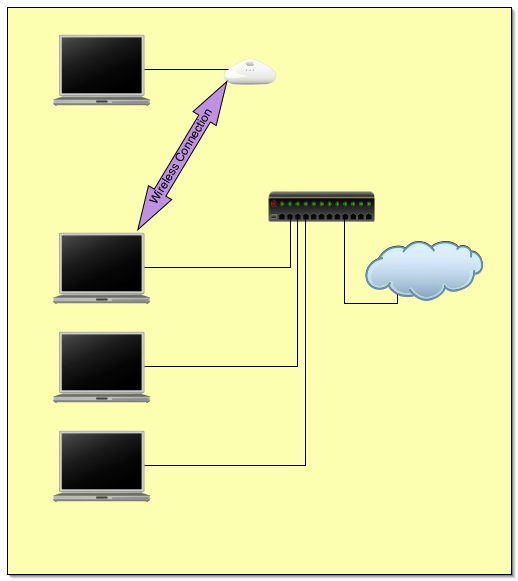 In this scenario, the bad guy sits out in the parking lot or in the adjacent suite with a powerful WAP attached to their computer. They also run a DHCP server. When someone in the corporate net brings their laptop in and boots up, their Wi-Fi card associates with the bad guy's WAP and gets an address. If they are connected to the corporate LAN through a wired connection, the bad guys now have access to a trusted host on your network. If they normally attach wirelessly, they've associated to the wrong device which can then present them with login screens and steal passwords. Either way, its an effective strategy, easy to exploit, and difficult to protect against.

The best protection in this case is not some high-tech gadget, but some very straightforward, workaday IT practices:

Wi-Fi security isn't rocket science (just computer science) and its not impossible. Mostly it requires some upfront expertise and a realtively well-run IT shop to carry out the practices. Its a shame its gotten a bum rap because I'm a firm believer that its a real productivity booster in many cases.