Expanding E-Verify isn't an easy fix to solving immigration problems. In fact, it's likely to make things worse for employees and employers while expanding identity fraud. 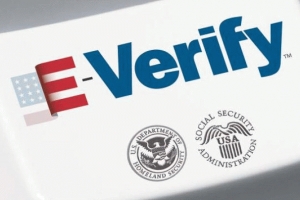 A bill that would require employers nationwide to use the Department of Homeland Secutity's E-Verify system to authenticate an individuals legal work status has has made it through the judiciary committee. To many, applying information technology to what seems like a nice, tidy identity problem seems like a quick, easy fix. But, this is not a simple identity problem.

A 2009 independent report (PDF) by Westat of Rockville MD shows that the system is 99.2% accurate. That sounds pretty good, if we're talking about shooting percentages or exam grades. But there are systems where 99.2% isn't good enough. I like my bank to be much more accurate than that, for example.

Here's what the 99.2% accuracy rate means for E-Verify. US employers hire approximately 60 million workers each year. A 1% error rate (rounding) means that 600,000 legal workers will be mistakenly classified as not qualified to work. Once the system misclassifies you, the onus is on you to correct the problem. You are guilty until you prove that you're innocent, so to speak. The study found that 22% of peopled who were classified spent $50 to correct the problem and 13% spent over $100. Half of misclassified workers missed work to correct the problem. These numbers might get better with time as more and more workers correct problems with their records, but I'm skeptical. There will always be documentation mistakes.

The accuracy isn't likely to get better without significant changes to the US government identity regime. One percent is pretty good for a system based on names and social security numbers. Increasing the accuracy would require moving to something like biometric IDs for everyone. India's doing it, but I doubt the US is ready to that step yet and even if we were, it has it's own accuracy problems.

I can hear some people saying "But that's a small price to pay to keep illegal immigrants from stealing jobs from Americans!!!" If only. The problem is on the other side of the accuracy issue. Westat estimated that "54 percent of unauthorized workers screened through E-Verify are incorrectly confirmed by the system, usually because they use borrowed or stolen identity data." That's shocking. The system that Lamar Smith (R-TX) wants to force every business in America to use doesn't even work.

These numbers are all based on a small population of employers who use the system voluntarily and employers from Arizona who are required by state law to use it. The accuracy rates are likely to get worse as the system is used more broadly since voluntary users are more likely to be conscientious about using it that employers who are forced to. Moveover, bad actors will game the system and expand identity fraud.

From a systems perspective, government mandates like this remove flexibility that is necessary for getting things done. Expanding E-Verify isn't an easy fix to solving immigration problems. In fact, it's likely to make things worse for employees and employers while expanding identity fraud.