I'm interested in understanding how personal clouds and personal channels can be used to bring intentcasting scenarios to life. This post describes a detailed scenario involving a motorcycle purchase that includes three phases: finding the bike to buy, connecting with the seller, and buying the bike. 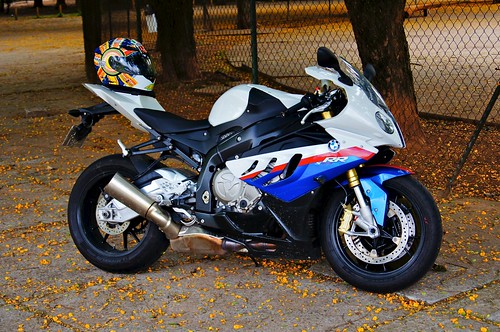 We’re building an intentcasting scenario to demonstrate the power of personal clouds linked using personal channels as a vehicle for enabling near-future commerce scenarios. The specific scenario we’re working on involves a woman buying a motorcycle.

The following describes the players in the initial scenario along with the initial configuration of the personal clouds and channels:

The initial setup is shown in the following diagram. 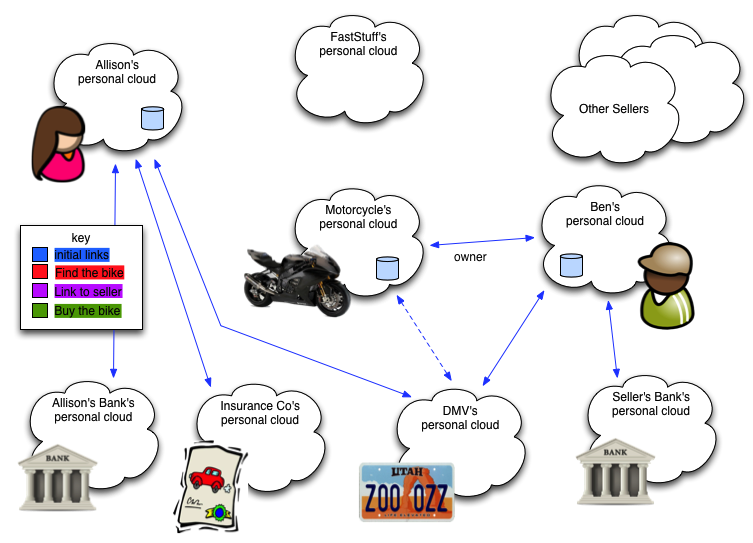 The solid lines represent channels between personal clouds. The dotted line represents an channel with restricted permissions (we call these attenuated channels).

Other sellers have also subscribed to intentions from FastStuff. They may do this in a variety of ways, including through another service, as long as they understand the semantics of the messages that are sent to them. This semantics constitutes a protocol for intentcasting. The semantics is available via a data dictionary that software can use to flexibly and quickly adapt to messaging from various players.

FastStuff, as a broker, uses a reputation service that allows it to provide guarantees about the various players in the scenario. For example, FastStuff can warrant to sellers that Allison will be able to secure the credit necessary to complete the purchase because they have access to reputation information about her.

As a result of publishing an intent-to-buy, Allison receives various information and offers from qualified sellers through the channel she has established with FastStuff. The FastStuff app in her personal cloud, acts in concert with other apps she uses, appropriately filters offers, and even automatically replies to sellers.

The links between the players in this phase is shown in the following diagram. 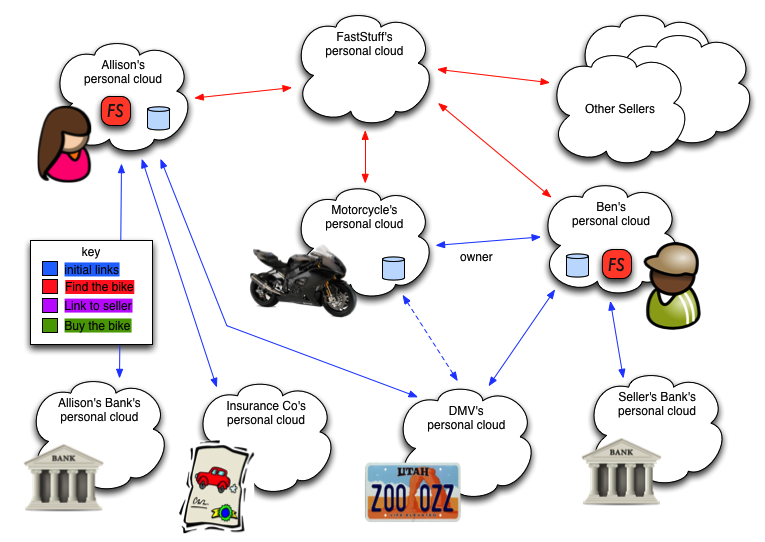 Notice that in this phase FastStuff is acting as the broker for the communication. The FastStuff business model is to serve as a market and bring buyers and sellers together for a fee.

Phase 2: Linking to the Seller

After reviewing the offers she received from various sellers, Allison decides she’d like to take a closer look at Ben’s bike. FastStuff facilitates establishing direct channel between Allison and Ben.

Using information from the direct channels, Allison determines that she’d like to test drive the bike. Since the price is right, she’s fairly sure this is a bike she’d like to buy if the test drive goes well. She uses a banking app in her personal cloud to pre-approve the financing. Her bank confirms that the motorcycle loan is ready to fund.

The Address Book app in Allison’s personal cloud uses the channel to Ben to negotiate a time to meet and to get Ben’s address.

The links in this phase are shown in the following diagram. 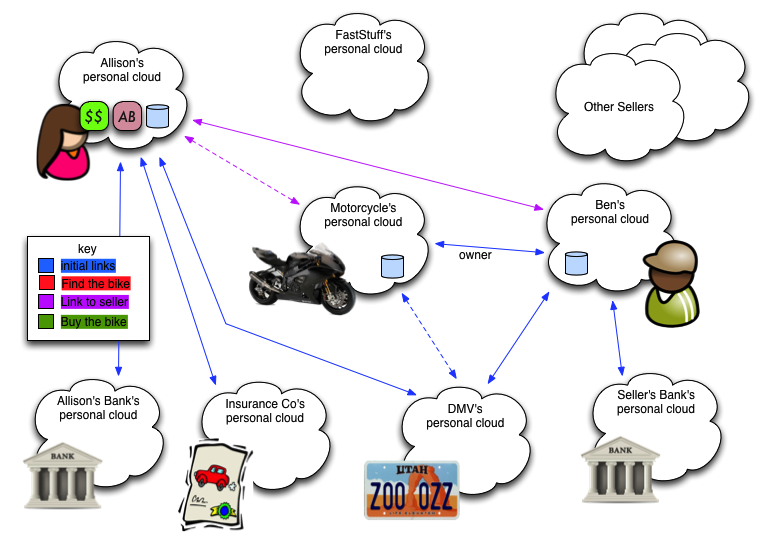 In this diagram, Allison and Ben are now linked. Allison has an attenuated channel to the bike. The channels to FastStuff and other buyers are no longer needed for purposes of our demonstration, so we’ll ignore them from here on out.

Allison’s friend drives her over to test drive the bike and it’s everything she wants and more. After finalizing the price with Ben, Allison buys the bike.

Because she has pre-approved the loan with bank, Allison has an approval code on her phone. The code is available either using the NFC system on her phone or as a QR code. Ben’s older-model phone doesn’t support NFC, so he scans the code with his phone. The phones are acting as trusted agents of their respective owner’s personal clouds and the apps that have been activated therein.

Scanning the code creates a new channel between Allison and Ben for purposes of completing the financial transaction. The channel is new because it has a different purpose as well as more sophisticated permissions and capabilities than the channel that had already been established. Allison and Ben use the new channel to confirm the purchase. Allison’s bank also calls her to confirm the transaction.

An out of band transfer of funds is completed between Allison’s bank and Ben’s bank and they both receive a confirmation that the funds have been transferred. At the same time, Ben’s personal cloud initiates a transfer of ownership. This means that the DMV is notified so that the title can be updated as well as the motorcycle itself being told of it’s new owner. This creates a channel between Allison and the bike that identifies her as the owner and gives her ownership permissions in the motorcycle’s personal cloud.

Allison uses the channel to her insurance company to inform them about the purchase and gives them an restricted channel to the new bike so that they can issue a policy. The DMV also registers the motorcycle and returns information about the registration to Allison and the bike.

The links in this phase are shown in the following diagram. 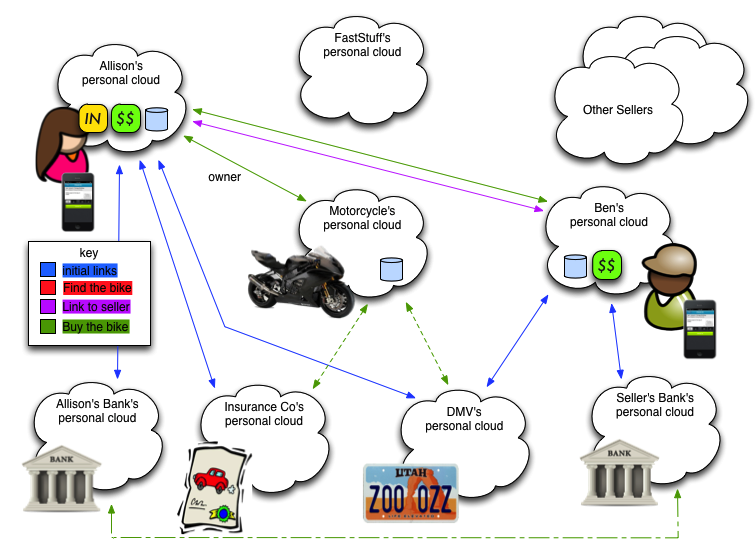 This diagram attempts to show the out-of-band funds transfer between bikes. Note that the ownership link to Ben’s personal cloud from the bike is gone and a new ownership link has been established to Allison.

A few notes about the preceding scenario:

In the coming weeks we’ll be building different parts of this and defining the event protocols and apps that make this work.