The Personal Cloud Desktop in Action

Personal clouds are accessed and configured using a cloud-based desktop that can be accessed from any device at any time. This screencast shows the personal cloud desktop in action as two clouds are linked via subscription. 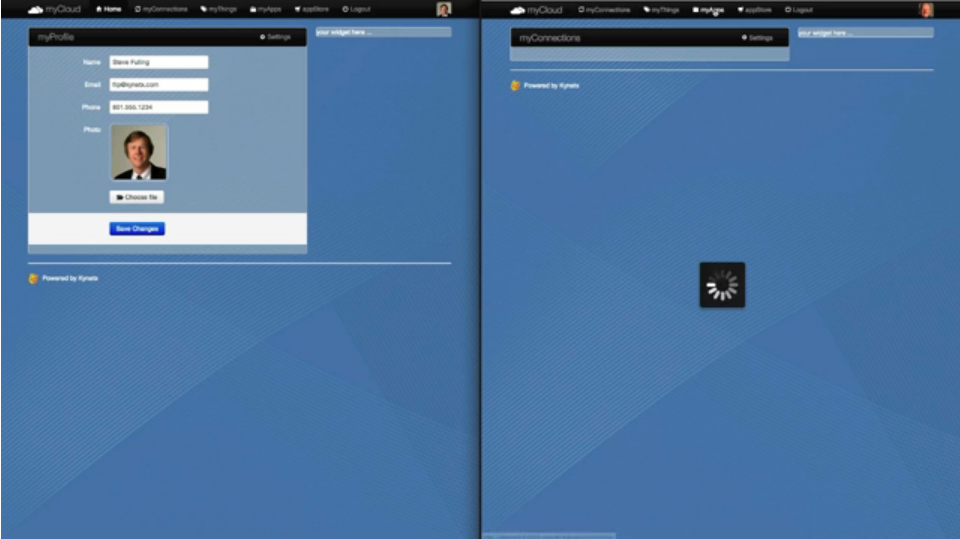 I've been asked how people will interact with personal clouds. My answer is a desktop of sorts that lets the owner interact with and configure applications. The desktop is also where owners manage subscriptions between their cloud and the clouds of other people, organizations, places and things. I've created a video that shows how subscriptions work between personal clouds. in the screencast, you can see a desktop—actually two—in action. I've embedded it here, but you'll probably get more out of it, if you click out and watch it in a larger size.

This desktop lives in the cloud and is thus accessible from anywhere on any device. In this screencast, both Steve and Phil are using similar desktops, but that isn't required. I expect that vendors will differentiate themselves, in part, on the basis of their desktop.

While simple, this screencast represents a major step forward in making personal clouds and the CloudOS real. We're making strong progress and I expect that I'll have lots more to show you over the coming few weeks.

Here's the dialogue from the screencast if you'd rather read it:

This screencast shows the Personal Cloud desktop in action. We're going to link two personal clouds through a subscription and then show how one can make use of the profile information in the other.

Now when he visits his connections, we can see that he is connected to Steve.

Phil uses the connection to send an email to Steve.

We can see that the address he gets in his email application is the same one Steve has in his profile.

Now let's go over to Steve's personal cloud and update his email from flip@kynetx.com to zlop@kynetx.com.

After saving the changes, we can go back to Phil's cloud.

Now when Phil sends an email to Steve, he gets the new email address. The profile change has been sent to all of Steve's connections.

Over on Steve's cloud, let's sever the connection to Phil by going to Steve's connections and unsubscribing.

We can see that the connection is removed from both Steve and Phil's personal clouds.

Steve can have as many connections as he likes between his personal cloud and other clouds. Each is a separate, distinct connection that can be managed independently. The Personal Cloud desktop gives him a way to control these connections.