While knowing my location is a good thing, knowing what I want to do is even better. Until machines become sentient, SquareTags that record activity context is an excellent way to bridge the gap.

I've had hypertension for 15 years now. Consequently, I bought a Withing's blood pressure cuff right after they came out. The idea of easily tracking my blood pressure and seeing the historical trends was very appealing to me.

Steve Fulling recently got into tracking his blood pressure. I suggested he get a Withings, but he was loathe to spend the money. He said "I'll just stick a SquareTag on it." That was a good idea.

SquareTag comes with an app for contextual note taking called the Journal. Steve put a SquareTag on his sphygmomanometer (see the picture below) and made the Journal app the default app. Now when he measures his blood pressure, he simply scans the tag with his phone, enters the reading, and hits "save." Couldn't be easier and since he already had the device, it's cheap. 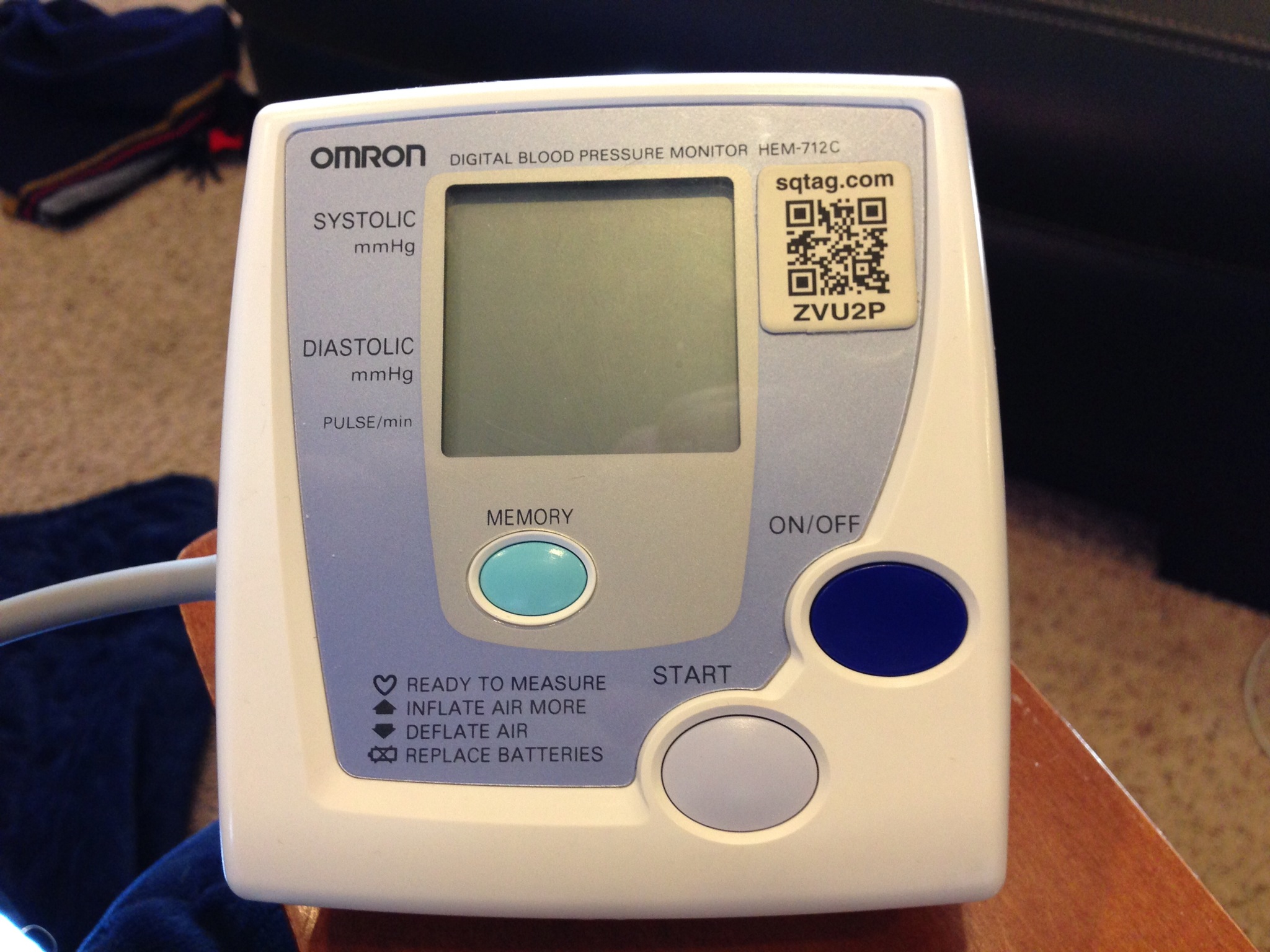 The natural question is "why is SquareTag better than using, for example, Evernote on my iPhone?" Here are a few reasons:

The idea of running apps in an activity context has huge ramifications. How many times do you pull out your phone and scratch your head trying to remember which app you need, finding it, navigating to the right screen, and so on. A tag can record as much information about a context as necessary to simply automate much of that head ache. Imagine how something like NFC makes this even easier.

While knowing my location is a good thing, knowing what I want to do is even better. Until machines become sentient, tags that record activity context is an excellent way to bridge the gap.