Fuse Funds! Thank You and Next Steps

Our Kickstarter campaign for Fuse has ended successfully. This was an exhilarating experience. Thanks to everyone who participated. 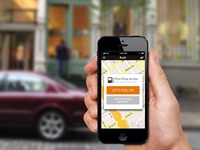 The Fuse Kickstarter campaign has ended and we exceeded our goal of $60,000 by over $19,000 for a total of $79,024. More importantly, there were 386 backers of the project. I'm grateful to everyone who supported this and humbled by the messages of encouragement, backed by hard currency, that I received from family members and friends. Thank you all!

Running a Kickstarter campaign is fun. More fun than I would have imagined. There are periods of intense doubt and periods of unimaginable exhilaration. We learned a lot about how to run a campaign. There was a lull in the middle of the campaign. I understand from people who've done this before that this is fairly typical. Towards the end as the numbers were getting close to the goal and pledges were coming in every few minutes it was addictive. We couldn't do anything but sit and watch the numbers. I was mesmerized.

Perhaps the most surprising thing I learned about Kickstarter is the level of engagement it engenders in people. You are asking people to join with you and band together to help create something new. For some, Kickstarter is just another kind of shopping site, but many support projects on Kickstarter to be part of making something.

Kickstarter itself was a big help. Kickstarter pages and emails were responsible for over 40% of our total sales. Some of that is probably people who we had contacted who then went to Kickstarter and found it through search or the discovery pages. But most of that number is organic, Kickstarter-generated support. That's a big win. There are people who go to Kickstarter and look for cool projects to support.

Now that the campaign is over, we're all going to take a deep breath and enjoy the weekend. Come Monday we'll be hard at work at Fuse, making it cool and useful. Watch for a survey from us soon on platforms and features so we can make sure Fuse hits the mark.