Vehicles That Get Better Over Time

As software becomes a bigger and bigger part of everything, the rules have changed for manufacturers of durable goods. They will have to adapt to customers who expect things to be updated and fixed automatically. For car manufacturers, this means that if I don't feel like my car has gotten better in some ways, because the software in it has gotten better, you're going to lose me as a customer. 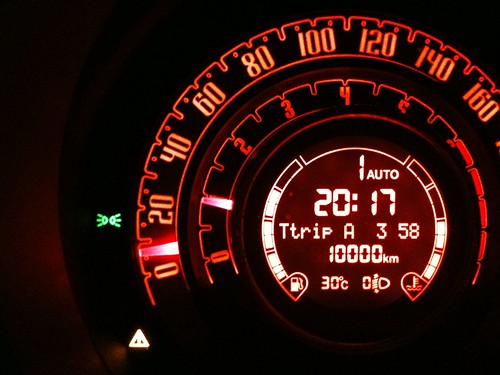 Smartphones have made us used to the idea that things can get better over time. If you're using a less-than-new iPhone or Android handset, chances are it's better now than it was when you bought it because you've upgraded the operating system. If you throw apps in, it gets better every day cause some app or another gets a new version. When I say "gets better", I mean bugs get fixed, performance (often) improves, new features get added. and so on. Sure, some "updates" aren't the improvements we were hoping for, but the overall trend is towards "better."

Contrast that with your car. From the moment you buy it, it gets worse. You never take it to the dealer and have them say "oh there's a better engine out now, so we upgraded your car while it was here." Hardware doesn't work like that. Hardware upgrades cost money. Software upgrades tend toward free.

But a greater percentage of every manufactured good, cars included, is software. That trend will accelerate over time. What's interesting is that car manufacturers largely treat the software in the car the same way they treat hardware. They'll update it if there's a safety issue, but otherwise, it never changes.

I have a Ford F-150 with Microsoft Sync, so I was interested in this article saying that Ford is ditching Sync in favor of the QNX platform. One of the things that I loved about Sync was that I was able to upgrade the firmware in my truck a few times. It was clunky, but it could be done. My truck got a little better.

The problem is that it was only a few times, early on, and there were never any cool new features, just some bug fixes. Car manufacturers just don't think of their product that way. I'm not surprised that people have been largely unsatisfied with Sync, but I suspect the problem is more the product culture at Ford than inherent problems with Sync. If Ford and other manufacturers don't start thinking of their products the way smartphone makers think of theirs, people will remain unsatisfied.

Adapting to this new requirement will require focusing on the software and making it as much, or more, of the overall product as the hardware. That means more than just giving token support to older models. Sure, they're going to become obsolete and get left behind, but that can't happen after one year. Car makers will have to own the software-mediated experience and work to make it better, bringing owners of older models along as much as they can.

Smartphones have gotten us used to things that are mostly software and, consequently, get better over time. Every other manufacturer of durable goods will have to follow suit. Their overall success will likely be a product of how well they adapt to this new fact of life.