On Names and Heterarchy

Heterarchical (non-hierarchical) naming systems are vital if we are to avoid the pitfalls and dangers of surrendering our rights and our privacy to a tyranny of connected computers and devices that intermediate our lives at every level based on centralized authority. This post explores names and alternatives to names, including the use of bitcoin as a distributed directory that is immune from the problems that hierarchical solutions impose. 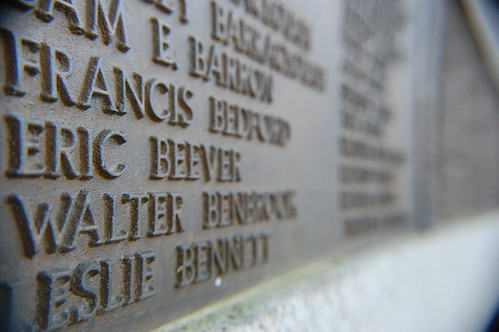 Update: In this post I mistakenly talk of naming systems based on the blockchain being heterarchical. They are not. They are, however, distributed and decentralized. See Re-imagining Decentralized and Distributed for more on how I see these terms relating.

When I first started using Unix, DNS was not widely used. Instead we FTP'd hosts files from a computer at Berkeley, merged it with a local hosts file, and installed it in /etc. Mail addresses had ! in them to specify explicit internal routing from a well-known host to the local machine. We had machine names, but no global system for dereferencing them.

DNS changed all that by providing a decentralized naming service that based lookup on a hierarchy starting with a set of well-known machines servicing a top-level domain (TLD), like .com. Nothing was more important than a great domain name with a .com at the end during the 90's. URLs, or Uniform Resource Locators, a global naming system for web pages, was based on DNS, so having a short, memorable domain name was, and still is, an asset.

Of course the good domain names were quickly all gone. I was lucky enough to own a few good ones over the years: superbowl.com, skiutah.com, shoppingcart.com, imall.com, and stuff.com. I was also early enough to get my name, windley.com. If you're just coming to this party, however, your name is long gone unless you want to use a TLD that no one has heard of and won't recognize. Anyone in the .pe namespace?

Names are used to refer to things. Without names, we'd constantly be describing people, places, and things to each other whenever we wanted to talk about them. You do that now when you can't remember someone's name: "You, know, the guy who was in the green shirt, with the beard, walking a dog?" Any given entity can have multiple names that all refer to the same thing. I'm Phil, Phillip, Phil Windley, Dad, and so on depending on the circumstance.

In computing, we use names for similar reasons. We want to easily refer to things like memory locations (variables), inodes (file names), IP addressed (domain names), and so on. Names usually possess several important properties, including:

As Crosbie Fitch points out in his excellent treatise on identity, names don't need to be globally unique, just unique enough. Names are identifiers we put on things that already have an identity. Names aren't the same thing as identity.

Do We Need Names?

Do we need names? At first blush everyone says "yes," but when you dig deeper there are lots of systems where we don't really need names at least not in the form of direct mapping between names and addresses.

The best example is the Web itself. URLs aren't names. They're addresses. While they are globally unique, they aren't memorable and most people hate typing them into things. If I'm looking for IBM, I'm happy to type ibm.com into my browser. But if I'm looking for a technical report by IBM from 2006? Even if I know the URL, I'm not likely to type it in, instead, I'll just search for it using a few key words. Most of the time that works so well that we're surprised when it doesn't.

There are several alternatives to globally unique names.

When we type keywords into a search engine we're using an alternative to names: discovery.

The World Wide Web solved several important problems but discovery wasn't one of them. As a result, Aliweb, Yahoo!, and a host of other companies or projects sprung up to solve the discovery problem. Ultimately Google won the search engine wars of the late 90s. People have argued that search and discovery are natural monopolies. Maybe. But there are heterarchical methods of finding things.

When I mention this to people, I often get asked "what do you have against Google?" Nothing specifically against Google. But I think the model of centralized discovery, mail, communication, and friendship has significant drawbacks. The most obvious one is the problem of having a single point of failure. All of these products and companies will eventually go away, whether your done using them or not.

A larger problem is censorship. Notice that while many despotic regimes will try to shut down Twitter or some other centralized service from time to time, they have a much tougher time restricting access to and use of the larger Web and more so the Internet (yeah, there's a difference despite the media's confusion).

Larger still is the privacy question. Twitter, Facebook, Google, and their ilk are the stuff of dreams for tyrants, bullies, corporate spies, and other who wish you harm. But it's more insidious than that. The issue of online privacy isn't limited to conspiracy theories about some hypothetical threat. The real threat to our privacy isn't the NSA, it's the retailers and others who want to sell you stuff. They employ centralized systems like Facebook and Google every hour of every day to use your personal information against you. They'd claim they're using your data to help you. Ask yourself what percentage of all the ads you see in a week you consider helpful.

Discovery isn't the only way to get around a lack of names. To see how, think about your house address. It's a long unwieldy string of digits and letters. Resolving a person's name to their address has no global solution. That is, there's no global directory (except maybe at Acxiom or the NSA) that maps names to addresses. Even the Post Office in over 200 years of existence hasn't thought "Hey! We need to create a global directory of names and addresses!" Or if they have, it didn't succeed.

So how do we get around ? We exchange addresses with people and keep our own directories. We avoid security issues by exchanging or verifying addresses out of band. For the most part, this is good enough.

Personal directories are largely how people exchange bitcoins and other cryptocurrencies. I give you my bitcoin address in a separate channel (e.g. email, my web site, etc.). You store it in a personal directory on your own system. When you want to send me money, you put my bitcoin address in your wallet. To make it even more interesting, since bitcoin addresses are just public-private key pairs, I can generate a new one for every person creating what amount to personal, peer-to-peer channels for exchanging money.

When we built Forever, we relied on people using email for introducing their personal clouds to another one. This introduction ceremony provided a convenient way to exchange the long addresses of the personal cloud and stored them away for future use.

So long as there is some trusted way to communicate with the party you're connecting to, long addresses aren't as big a problem as you might think. We only need to resort to names and discovery when we don't have a trusted channel.

The problem with personal directories is that they make global look up difficult. Unless I have some pre-existing relationship with you or a friend who'll do an introduction, a personal directory does me little good. One way to solve this problem is with systems that work like DNS, but are heterarchical.

I've recently been playing with a few interesting naming systems based on bitcoin. Whatever you may think of bitcoin as a currency, there is little doubt that bitcoin presents a working example of a global distributed consensus system.

Distributed consensus is the foundational feature of a heterarchical naming system. To understand why, think about DNS. DNS distributes the responsibility of assigning names, but it avoids the problem of consensus (agreeing on what names stand for what IP addresses) by creating single copy of of the mapping. This single copy presents a single point of failure and a convenient means of censoring or even changing portions of the map.

If we want to distribute the copy of the mapping and make everyone responsible for maintaining their own mapping between names and addresses, we need a distributed consensus system. Bitcoin provides exactly such a system in the form of a block chain, a cryptographic data structure with a functional means of validating updates.

Onename.io and Namecoin are examples of systems than use the block chain to map names to addresses in a heterarchical fashion. I have registered windley.bit using Namecoin. If you type it in your browser it won't resolve since your operating system only knows how to resolve names via DNS, but that's not a fundamental limitation, you can patch your OS to resolve names using alternative mappings like Namecoin. Your OS didn't understand TCP/IP either in the distant past. I used to regularly patch Windows 3.1 by adding a TCP/IP stack. Windows 95 included it due to popular demand. Right now, I'm using a browser plugin from FreeSpeechMe to resolve .bit domains for me.

What's the advantage of windley.bit over windley.com? Simply that the mapping is completely distributed. There is no single point of failure. You can turn off all the TLD servers and windley.bit will still work. One of the key provisions of the Stop Online Piracy Act (fortunately dead for now), would have used DNS to censor Web sites deemed to be infringing. Heterarchical directories would be immune from such silliness.

Aside: Namecoin is actually a general purpose distributed key-value store. So, domain names are just one thing you can do with it.

I'm very excited about heterarchical technologies coming into play. I believe the near future will incorporate computers into more facets of our lives than we can even imagine. If we're to trust those computers and avoid giving up autonomy to centralized authorities, heterarchical structures will be fundamental. I don't think it's going to far to say that our natural rights as human beings are based on a world that is heterarchical (at the global level) and that we are fooling ourselves if we believe we can engineer virtual systems that respect or protect those rights using hierarchies and centralized authorities.

Bonus link: Adriana Lukas has an excellent talk at TEDxKoeln on heterarchies and key principles.