Fuse as a Model of the Vehicle Ecosystem

Fuse has been designed from the ground up to support relationships between the car and everything else in the vehicle ecosystem. 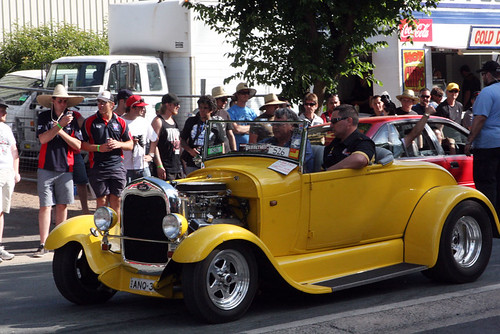 Fuse is a connected-car product. But it's more than that. Fuse is also a system for modeling the relationships that a car has with people, organizations, places, things, and so on. Because of their utility, expense, longevity, and mobility, cars have numerous, significant relationships.

A relationship is more than an identifier. At the least, a relation implies means of communication that leads to interaction. Relationships are build on mutual exchange of value (not necessarily monetary).

Among the most important relationships that a car has is with its owner. But there's more than one owner. At the beginning of it's life, the car's owner is the manufacturer. Later the car is owned by the dealer, and then by a person or finance company. And, of course, cars are frequently resold. Over the course of it's lifetime a car will have many owners.

The nature of relationships change over time. For example, the car probably needs to maintain a relationship with the manufacturer and dealer after they are no longer owners. With these changes to the relationship come changes in rights and responsibilities.

In addition to the owner, the car has relationships with other people: drivers, passengers, and pedestrians.

And the car might have relationships with other vehicles, traffic signals, the roadway, and even potholes.

Built correctly, these relationships form a model of the entire vehicle ecosystem. Relationships link the models for individual cars, the people who interact with them, roads, and so on to provide a vast, distributed online system that mirrors the vehicle ecosystem. Such a collection of linked, active models could provide a system for understanding traffic and the economic and social structures around car ownership and use.

Fuse builds these models using something we call a pico, short for "persistent compute object." Picos allow things to exist online as long-lived entities with a unique identity and purpose. Picos allow any thing, whether it's active, like the car, or passive, like the road or a pothole, to have an online representation that supports persistently storing data, running programs, and communicating with other things. Picos allow things like your car to support relationships and form networks that model their features, functionality, and utility in the physical world.

Credits: Kevin Cox outlined some of the benefits of connected cars in the project VRM mailing list a few days ago. I've used some of them above.

I delivered this post as a talk at IRM Summit 2014. Slides on Slideshare.