Here's some instructions on installing the latest version of docker on Centos so I don't forget. 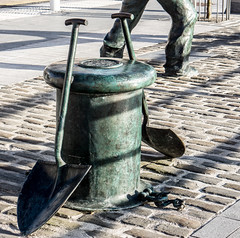 I couldn't find a single place with good instructions on getting the latest Docker installed on Centos. Sure I could use Ubuntu, but where's the fun in that. I found lots of places with partial solutions, but nothing that just walked me through it. Consequently, I am writing down what I did. Maybe this will help someone else.

The first step is to get some version of docker installed. Fortunately, docker is available via yum on late-model Centos installations, but it's old. There are slight differences in Centos 6.X and Centos 7. On Centos 7, just install docker via yum:

On 6.5, it's a little harder cause there's another package called docker in the standard RPMs and dockers in an EPEL.

After you've got a version of docker installed, you can use these instructions on Setting Up a Dev Environment. Essentially, it uses the existing copy of docker to build an updated version of docker (in a container, of course). The build process takes a while, but I didn't have any problems. Note that the build process puts the binaries in a shared volume on the disk. You can copy them out or just link to them.