Decentralization Is Hard, Maybe Too Hard

Decentralized thinking is hard. So hard that future generations might see the Internet as a historical abberation. 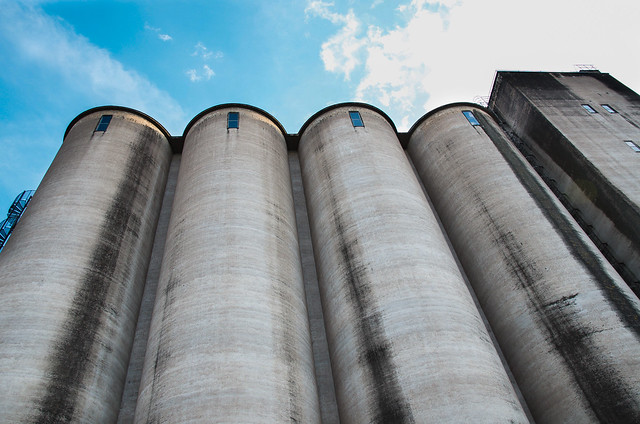 In a Linux Journal piece entitled Giving Silos Their Due, Doc Searls laments that decentralized services, with a few notable exceptions, haven't become the preferred way of engineering new technologies. He says:

In those days, many of us had full confidence that Jabber/XMPP would do for instant messaging (aka chat) what SMTP/POP3/IMAP did for e-mail and HTTP/HTML and its successors did for publishing and all the other things one can do on the World Wide Web. We would have a nice flat, distributed and universal standard that people could employ any way they wanted, including on their own personal hardware and software, with countless interoperable systems and no natural barriers to moving data easily from any one system to any other.

And in fact, Jabber/XMPP isn't the only place this didn't happen, as Doc goes on to point out. In fact, after Web 1.0, decentralized protocol-based systems have never become the preferred way to do something significant on the Internet.

I remember telling Doc a while back that I'm often afraid that the Internet is an aberration. That is a gigantic accident brought on by special circumstances. That accident showed us that large-scale, decentralized systems can be built, but those circumstances are not normal.

Jon Udell was visiting this week and we spoke in similar tones about blogging and how it turned from a vibrant, two-way conversation to a place for electronic magazines and think-pieces. Early blogging felt like a community. I met many of the people I now consider good friends through blogging. Now, blogging is just a way to market, even if all you're marketing is ideas. People understand posting on Facebook or Medium cause it's simple, fast, and gets immediate attention.

Similarly, Jon's elmcity project, meant to demonstrate the network effects that emerge in physical communities from a decentralized system for calendar events, couldn't get traction because, as I understand it, people understand a Facebook Event page or sending a tweet more easily than they do publishing their calendar. Even when people got calendars, try getting them to understand why putting a PDF document online isn't good enough.

I get that decentralized thinking is hard. Even harder is getting a decentralized ecosystem off the ground. The Internet was a fun little playground before 1994. Of course the first nodes on the Internet were put in place in 1969. When I was in grad school in the 80's there were so few public nodes in the Internet, we could FTP an entire list from Berkeley anytime we set up a new machine. That's a long incubation period for something we now consider a critical infrastructure of the modern world. Man-made, decentralized things are difficult to pull off.

So, yeah, I'm a dinosaur. Like Doc, I'll "never believe silos are the best way to make the world work in the long run. And I'll always believe that the flat distributed world built on free and open stuff is the most supportive and fertile base on which to build the best and broadest range of goods and services." I'm pretty confident that the return of Online Service 2.0, what I call the The CompuServe of Things, will ultimately leave people flat. I hope that the IoT ultimately creates the right circumstances for a resurgence of decentralized thinking.

Until then, I'm working on decentralized systems to promote learning, a place where I can, at least for a small part of the Internet, affect both sides of the interaction.