Life-Like Anonymity and the Poison Web 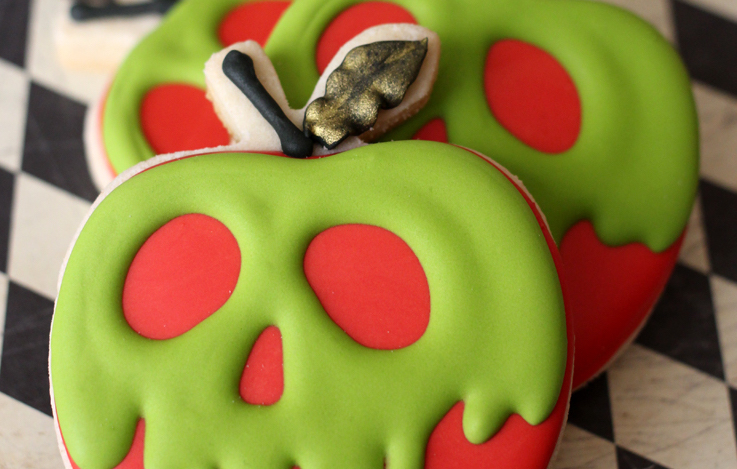 Doc Searls published a piece last week entitled "How the Cookie Poisoned the Web". Doc points to various privacy ills of Web 2.0 and in each instance says "Blame the cookie." Doc's larger point is that the web started out as a peer-to-peer publishing system that was wholly decentralized and gave everyone equal voice.

But gradually a poison disabled personal agency. That poison was the cookie.

Very few web sites in the early web had identity systems. For the peer-to-peer sharing of documents and discovery via embedded links, none were needed. HTTP, the foundational protocol of the web is stateless, meaning the HTTP server does not know whether any two requests are related to each other.

Stateless is fine for document sharing and linking using hypertext. But it makes building a shopping cart really hard. Back in the mid-90's figuring out how to build a functional shopping cart was on everyone's mind, mine included. I was the cofounder and CTO of an early ecommerce site, imall.com. Without changing HTTP, the most promising strategy was to include a correlation identifier in all the links generated by the site, so we'd know who was making the request. But this was buggy and caused lots of customer support issues.

That all sounds innocuous enough and in theory, it is. But the devil is in the details. If I'm shopping on imall.com, I want the site to keep track of me because that provides utility and convenience. But it turns out that most web pages are not a single chunk of HTML that the server sends down. They have lots of other things, like javascript files and images, embedded in them too. These other things don't have to be from the same server. Each of those servers can set a cookie as well. And since they know where they were linked from, they can correlate activity across multiple websites.

This is how (simple) ad tracking works. When you see an ad on web site A, it's being served from a server owned by an ad company that web site A has an agreement with. The ad server plants a cookie in your browser. Now you visit web site B that also includes ads from the same ad server. Your browser dutifully reports the ad server cookie back to the ad server along with the information that the ad was on web site B. The company running the ad server now knows you were on web site A and web site B (along with lots of other metadata). Rather than correlating requests on a single web site, they are using cookies to correlate your activity across the web.

This is the poison Doc is talking about. The web cookie, as designed, goes well beyond correlating activity on a single web site for purposes of creating some utility like a shopping cart or a chat server. The web cookie allows correlating activities of people across the web. And it doesn't stop with your browsing history. The ad company starts knowing other things about you (because the web sites you visit tell them) and soon they can develop a comprehensive dossier.

Like-Like Anonymity and the Administrative Internet

Legibility is a term used to describe how administrative systems make things governable by simplifying, inventorying, and rationalizing things around them. James C. Scott's seminal book, Seeing Like a State, nicely analyzes legibility and its unintended consequences. Venkatesh Rao has a great summary if you'd like the TL;DR.

Seeing Like a State: How Certain Schemes to Improve the Human Condition Have Failed by James C. Scott

In this wide-ranging and original book, James C. Scott analyzes failed cases of large-scale authoritarian plans in a variety of fields. Centrally managed social plans misfire, Scott argues, when they impose schematic visions that do violence to complex interdependencies that are not—and cannot—be fully understood. Further, the success of designs for social organization depends upon the recognition that local, practical knowledge is as important as formal, epistemic knowledge.

Every interaction you have online happens under the watchful eye of a bureaucracy built to govern the system and the people using it. The bureaucracy may be benevolent, benign, or malevolent but it controls the interaction and people pay the price of the interpretive work necessary to figure out how it functions.

Most online administrative systems make themselves as unobtrusive as they can. But there's no getting around the fact that every move we make is within a system that knows who we are and monitors what we're doing. In real life, I don't rely on the administrative system of the restaurant to identify the people I'm having dinner with. The restaurant doesn't need to check our IDs or surveil us in order to create an environment where we can talk and enjoy a meal together.

The good news is that we're finally developing the tools necessary to create decentralized online experiences. What if you could interact with your friends online on the basis of an identity that they bring to you directly—one that you could recognize and trust? You wouldn't need Facebook or WhatsApp to identify and track your friends for you.

Decentralized identity is the foundation for a decentralized web—a web that flexibly supports the kind of ad hoc interactions people have with each other all the time in real life. Until we do, we'll never get an online world that mirrors real life and its natural anonymity.