Cloud computing and big data are the mainframe ideas of our time. What happens when there's a personal cloud revolution to match the personal computer revolution? 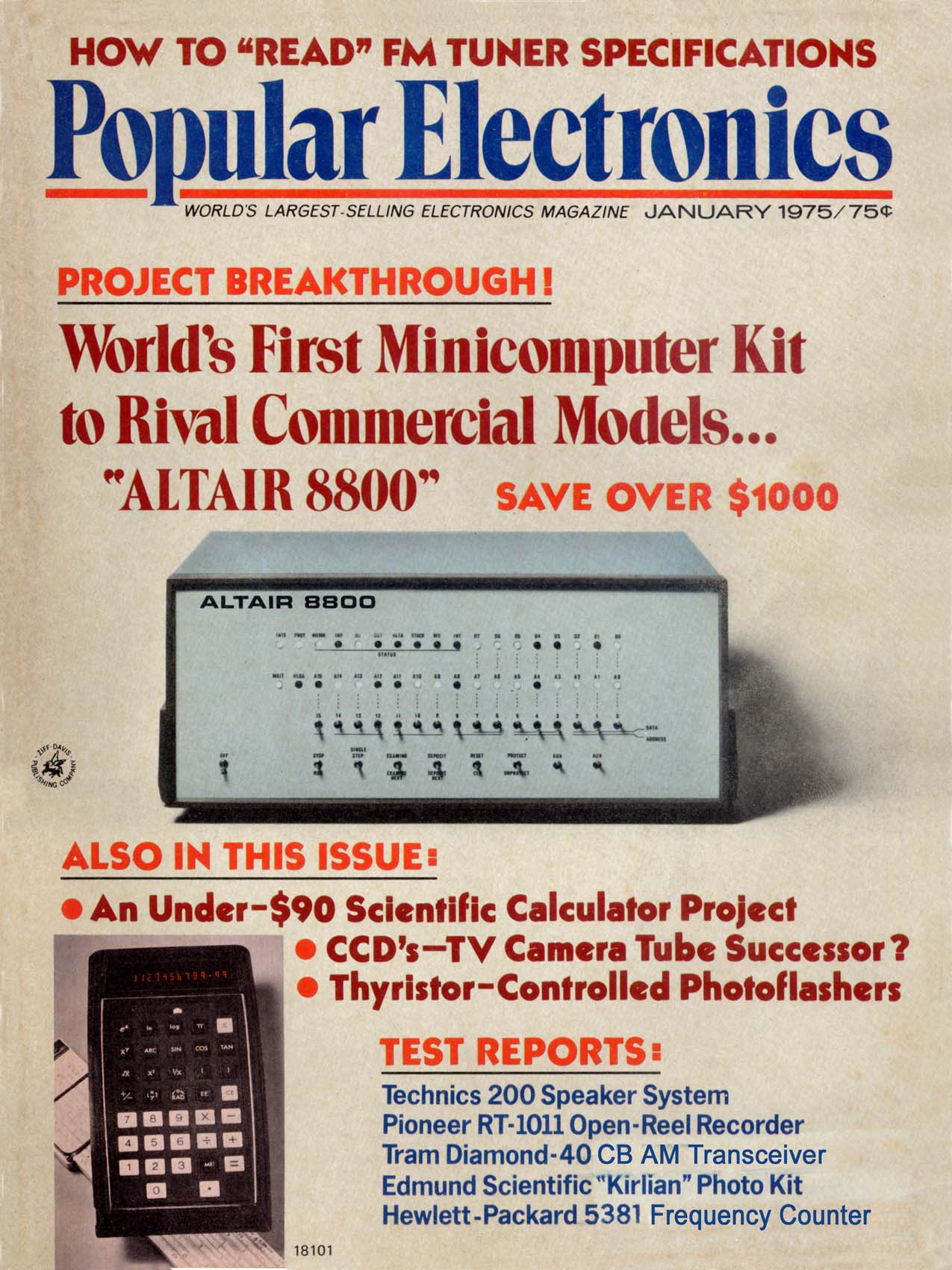 In 1976, I started at the University of Idaho. My advisor was Keith Prisbrey, a brand new Assistant Professor of Metallurgical Engineering. I count him as one of the great mentors of my life. Keith recognized something in me and took me under his wing--as a freshman. One day he said "Have you ever done anything with electronics?" I told him I'd made a few HeathKit radios in high school. He then said "I've got this MITS Altair computer we bought that needs to be built. Could you do that for me?" I knew about the Altair. I had devoured the Popular Electronics magazine describing it when it came out and dreamed about having one someday. Keith's offer was a dream-come-true.

The Altair was a computer with a CPU, memory, serial cards, and so on. The Altair didn't have any kind of secondary storage. I used a teletype with a paper tape reader to load Bill Gates' 4K Basic and then wrote programs in that. We rarely turned the computer off because booting it to a usable state took a long time and a lot of work.

Basic ran on the bare metal. There was no operating system. I wrote a monitor program on an HP2000, cross-compiled it to the 8080, and burnt it to PROM so that we had something when the Altair started besides just the front panel switches. The only way to store anything was to write it out to paper tape. Eventually we got a cassette tape storage device, but it was buggy and rarely worked.

The Altair and its contemporaries, including the Apple I, were largely toys. They were fun to play with, but rarely used for anything productive. We called them micro computers, not personal computers. Personal computers like the Apple II, the TRS-80, and others came along a few years later. This second generation was very different from the Altair and Apple I in several important ways including the following:

These changes made personal computers out of micro computers. As a result of these two changes, application software became possible. Dan Briklin and Bob Frankston created, published, and sold VisiCalc. Suddenly, I could run my programs on my data. This change was enormous. Suddenly I had a computer that worked for me. The modern smartphone is the ultimate expression of this idea: a computer that is just for me, runs my apps, keeps my data and connects me to the Internet--anywhere, anytime.

Fast forward to 2011. Cloud computing and big data are two of the most talked about topics at technology conferences. But I believe that these are the mainframe ideas of our time. Nothing wrong with that, but they are almost never discussed in terms of the personal. Lately, I've been talking a lot about personal event networks. A personal event network is a kind of personal cloud--one based on what I think of as little data or data about me.

Computers became personal when they combined my apps with my data. Clouds become personal in exactly the same way. This is different than just a Web app that has it's own data store. Data and apps must be separable. The combinatorial possibilities that emerge from being able to use data from one app in another is important. The value created for users and companies is greater when apps and data are separable.

Personal event networks are not the only examples of personal cloud technology. What Google is building amounts to a personal cloud. When I log in to Google, I have email, calendars, documents, a social network, and so on. Similarly, Facebook can be thought of as a personal cloud. There's even a way for me to run apps in the Facebook cloud. Google and Facebook are operating systems for managing data and apps in the cloud. The results are imperfect, as yet. For example, apps and data are too tightly coupled in both. But what they're doing is suggestive of what could be.

As an example, the use case in this video illustrates how those elements combine to create a much better travel experience:

This use case highlights the interplay between events, personal data, and applications that use both. Moreover, Phil saw significant value from this interaction:

Imagine that be might have dozens of apps customizing, personalizing, and automating the workflow of his life. He is in charge of important choices, but freed from the mundane tasks. Not only his online services, but products he uses, participate as well.

Want a personal event network? Me too. So I'm building them. The good news is that most of it is ready now. What's missing? An ecosystem of products and services that raises events for you. I want to fix that. I want to create an ecosystem of a dozen of so interesting products and services on which we can build a half dozen workflow automation applications that use permissioned personal data. That means I need two things: money and partners.

The first is fairly straightforward, although not easy. Kynetx is raising money to build real personal event networks. Contact me if you have thoughts about that.

When I say we need partners, what I mean specifically is that we need companies that will, at least on a pilot basis, event enable their products and services. This isn't particularly hard, but it does involve some convincing of these partners.