A Road Map for the Personal Cloud Operating System

Kynetx has build what amounts to a functioning kernel for a cloud OS. But there's more to an OS than the kernel. This post outlines what else is needed to create a fully usable cloud OS. 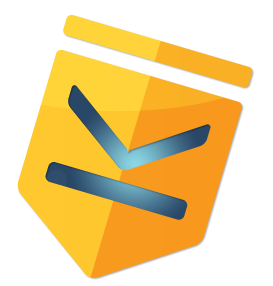 In my recent white paper, From Personal Computers to Personal Clouds: The Advent of the Cloud OS, I make the case that Kynetx is building an operating system for personal clouds. Operating systems provide a core set of services around identity, data and communications, as well as a programming model.

One of the distinctions in an operating system is "kernel space" vs. "user space". Kernel space is that portion of the memory reserved for running the kernel, its extensions, and device drivers. User space is less privileged. As the name implies, anyone can write programs and run them in user space.

Recently the Kynetx Cloud OS reached an important milestone: we started building out important pieces of the OS' functionality in what you can think of as user space. Specifically, rather than building subscription into the underlying platform—what you might think of as the kernel—we are implementing cloud subscription as a KRL application.

The following represents a roadmap of what needs to be done to get from having a functioning kernel to a real cloud operating system that includes the necessary user-space tools and utilities. Note that the roadmap does not necessarily indicate priority or order.

The "kernel" of the Cloud OS is the Kinetic Rule Engine (KRE). It implements and uses multiple APIs. The primary function of KRE is to provide core personal cloud services. The following are some of the big improvements I have planned for KRE:

There is important functionality that needs to be built at the user-level to support PEN interaction. The following are some of the user-space utilities that should be built. Many of these exist in some form or another right now, but should be rebuilt as user-space applications. Some of these will require modification to KRE.

Just as any OS you buy for your personal computer has a set of applications that you expect to find like address books and browsers, a Cloud OS needs a set of user applications. The following represent the ones I think are critical to any personal cloud:

Beyond the ideas I've outlined above, there are other services that could be layered on top of the personal cloud. Certainly there are plenty of applications to be built—many of which I can't even imagine. There are also services like discovery, reputation, etc. that will enable rich, authentic, and multi-faceted relationships to be supported between personal clouds.