Personal Clouds and the Future of the Web

A decentralized, protocol-mediated cloud infrastructure is the best way to create a future Internet that maximizes personal control and individual freedom. 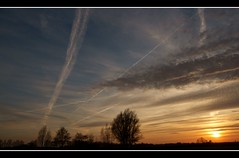 Bastian Allgeier paints a picture of a near-future Internet in The Future Of The Web—A Draft that is clearly in line with the vision of personal clouds that I and others have been espousing. I'm seeing more and more of this: people from all over realizing the the future of the Internet doesn't have to—indeed shouldn't—look like the world that Web 2.0 has given us.

The heart of Bastion's article is a scenario in the near future that posits a decentralized app infrastructure that provides most of the features and functionality that Web 2.0 provides without the silos. I encourage you to follow the link and read it all.

Of course, I hope CloudOS will be a player in that world. We're busy building the infrastructure and initial apps that will make that world a reality. We'll be demoing some of them at IIW on May 7—9.

But whether my ideas win out or not, I'm encouraged by the explosion of views that support the basic premise that we have to build decentralized, protocol-mediated systems to maximize individual freedom.

Bastian finishes with a call to developers that echoes my own Build the World You Want to Live In:

It might be just my dream and an illusion. But I really believe that it's up to us developers, engineers and designers to decide what's up next. We are in control. We just need to implement it and seize that chance. We are not doomed to be slaves of a centralized web forever just because it's popular right now.