In The End of Kynetx and a New Beginning, I described the shutdown of Kynetx and said that the code supporting KRL has been assigned to a thing I created called Pico Labs. Here’s a little more color. 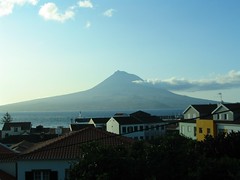 In The End of Kynetx and a New Beginning, I described the shutdown of Kynetx and said that the code supporting KRL has been assigned to a thing I created called Pico Labs. Here's a little more color.

All of the code that Kynetx developed, including the KRL Rules Engine and the KRL language is open source (and has been for several years). My intention is to continue exploring how KRL and the computational objects that KRL runs in (called picos) can be used to build decentralized solutions to problems in the Internet of Things and related spaces.

I have some BYU students helping me work on all this. This past semester they built and released a KRL developer tools application. This application is almost complete in terms of features and will provide a firm foundation for future KRL work.

Our plan is to rewrite the CloudOS code and the JavaScript SDK that provides access to it over the summer. The current version of CloudOS is an accretion of stuff from various eras, has lots of inconsistencies, and is missing some significant features. I used CloudOS extensively as part of writing the Fuse API which is based on KRL and picos. I found lots of places we can improve it. I'm anxious to clean it up.

As a motivating example for the CloudOS rewrite, we'll redo some of the SquareTag functionality in the PCAA architectural style. SquareTag makes extensive use of picos and will provide a great application of CloudOS for testing and demonstration.

I also continue to work (slowly) on a docker instance of KRE so that others can easily run KRE on their own servers.

I'm hopeful that these developments will make picos, KRL, and CloudOS easier to use and between Fuse, Guard Tour, and SquareTag we'll have some interesting examples that demonstrate why all of this is relevant to building the Internet of Things.