Rather than being a DAO, the world is a gigantic metasystem that provides numerous tacit capabilities for action and interaction. So, while “Life is a DAO” makes a better t-shirt, I prefer “Life is a Metasystem.” Take the red pill. 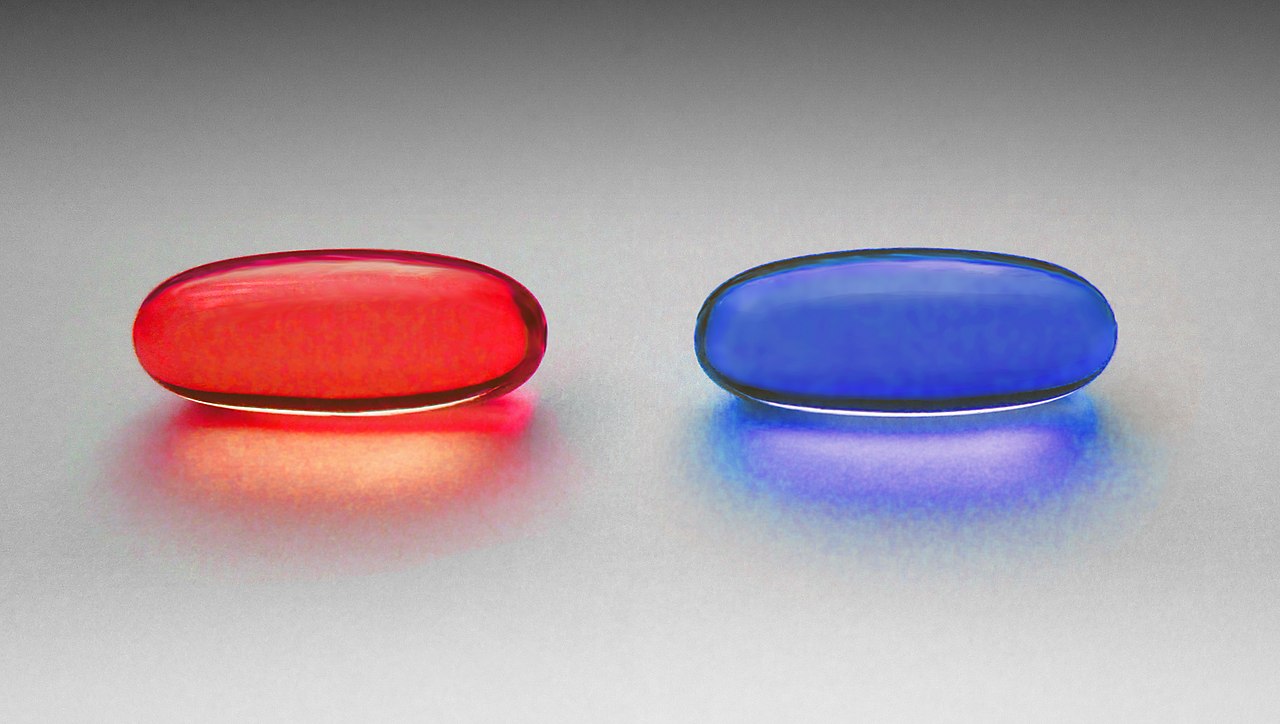 In response to a recent post, my friend Britt Blaser made the comment that life is a DAO. A DAO, or distributed autonomous organization, is a specialized form of smart contract.

Think of them like an internet-native business that's collectively owned and managed by its members. They have built-in treasuries that no one has the authority to access without the approval of the group. Decisions are governed by proposals and voting to ensure everyone in the organization has a voice.

There's no CEO who can authorize spending based on their own whims and no chance of a dodgy CFO manipulating the books. Everything is out in the open and the rules around spending are baked into the DAO via its code.

Metasystems have some similarities to distributed autonomous organizations, but offer someting more. Where a DAO is like a corporation, a metasystem is more like a city—with all that those differences imply. In his epic paper on the Laws of Identity, Kim Cameron identified important features that metasystems have:

DAOs have some of these features, but lack or limit others. For example, most DAOs are built for specific, not ad hoc, purposes and therefore lack a flexible schema (i.e., they are not polymorphic). And while they may let people vote with different wallets, they don't usually allow other functionality to be grafted onto them to change the scenarios they can react to. In fairness, that's not what they're built for. They usually have a specific purpose, say buying an original copy of the Constitution. Metasystems are more general purpose.

Metasystems have other advantages. In Leveraging the Identity Metasystem, I discuss one: you can analyze the behavior of a metasystem once and then apply that analysis to systems built on the metasystem. This isn't true of DAOs (or any smart contract). You have to study the individual smart contract's code to understand what it does and whether it behaves like its proponents say it does.

There's another big advantage of metasystems: small experiments. Here, I'm thinking of the identity metasystem specifically since that's where my experience is, but I think it applies to all metasystems. Identity is foundational to almost everything we do. We don't often think about identity in the physical world because our ability to recognize, remember, react to, and interact with people, organizations, and things is innate and therefore tacit. We do it naturally, without conscious effort. Even so, it impacts every relationship and every interaction.

Because identity is foundational to so many things, large projects inevitably have consequences that were not foreseen. For example, over the last decade, national identity projects undertaken by a government have become more common. These projects necessarily have a huge impact on the structure of society. Aadhaar is the most conspicuous example. Aadhaar was designed as an online/offline government ID system that used federation for other services1. As a result, Aadhaar is complex and centralizes much of the interaction and data. There is much to be admired in Aadhaar including reduced fraud and increased convenience. But its overarching, ubiquitous, and centralized nature, along with its reliance on biometrics, also make it a target for hacking and an avenue for abuse.

On the other hand, an identity metasystem provides the same benefits as a federated design like Aadhaar, while increasing autonomy and reducing unintended data loss or sharing. A metasystem allows for small experiments that are tailored for a given context. For example, I've recently written several times about the IRS proposal to use ID.me as their exclusive solution for authentication2. I've said that SSI and verifiable credentials offer a better solution. Several people asked me how this might work.

Suppose that Congress passed a new digital Real ID act that set standards for state digital IDs (driver's license or ID cards) that were issued as verifiable credentials on the identity metasystem. The original Real ID Act sets minimum identity proofing standards (among other things) for state DMVs. If your driver's license has a gold star on it, then it's Real ID compliant. By applying those same criteria to verifiable credentials that are equivalent to a physical driver's license, the verifiable credential now also becomes usable for flying and use with government agencies for identification. Further, because they're built on a modular identity metasystem, Real Digital IDs don't lock people into proprietary apps or place private entities as the intermediaries for every identity transaction.

This is a small experiment because rather than creating an entirely new digital identity system, it builds on all the infrastructure that's already in place for proofing identities in a trustworthy way, to create a digital version of something people already understand. And it enables further small experiments by others. Now the IRS can start using Real Digital IDs without contracting with or paying a company like ID.me to do the proofing. They don't have to analyze technical risks because the metasystem allows the risks to be evaluated once. Others, in or out of government, can now accept or not accept the Real Digital ID as their context dictates. Many small experiments, some successful, others not, happen because the metasystem is decentralized, flexible, and scalable.

After thinking it through, I decided that Britt is almost right. Rather than being a DAO, the world is a gigantic metasystem that provides numerous tacit capabilities for action and interaction. So, while "Life is a DAO" makes a better t-shirt, I prefer "Life is a Metasystem." Take the red pill.