The Internet is being ruined by corporate silos that take away our personal freedom in exchange for services. Some think what we need is a universal silo that we can all be part of. There are different approaches to achieving that goal that will have very different outcomes. 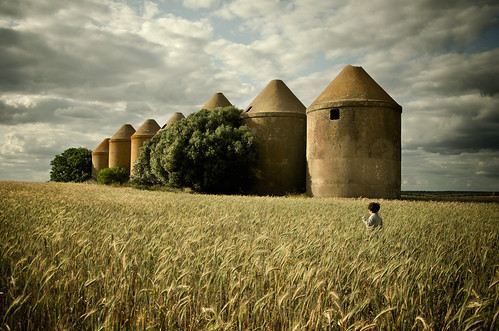 In a recent discussion about silos and that lack of "open" in "open APIs" that followed from Aral Balkan's superb How Web 2.0 killed the Internet, there was talk of a "universal silo." Let's consider how we might build such a universal silo.

One approach uses a centralized silo, like Facebook or Google, but presumably controlled by some benevolent authority. People usually resort to a centralized approach to solve problems cause we are just a lot more comfortable with it. We believe that if we can just make the rules right, then we’ll all be OK. All command-control systems are founded on this belief. It’s not always bad, but it comes at a huge cost: the loss of personal autonomy. (As an aside, the second step in this path is to find an organization with a monopoly on violence [i.e. a government] to enforce the rules for you.)

The other approach, the one the Internet taught us, is to use a decentralized system to accomplish the goal. This is much harder for humans to wrap their minds around and a lot less satisfying cause it requires surrendering authority and the ability to control the results. Humans so love to control outcomes.

Yeah, the Internet is the one big silo we’re after. It’s not perfect. In particular, we need to weed out some of the centralization that has crept in (e.g. DNS, Root Certificate Authorities). But it’s the one big silo we all can be a part of without everyone subjecting themselves to a single administrative authority.

In Doc’s piece on End User License Agreements, he says the Interent is just “A”, an agreement. There are no end users, there’s no licensing. Just agreements. This is the universal silo we can all live with.

Bonus link: Read Ben Werdmüller's How we're on the verge of an amazing new open web #indieweb for a positive spin on all this.